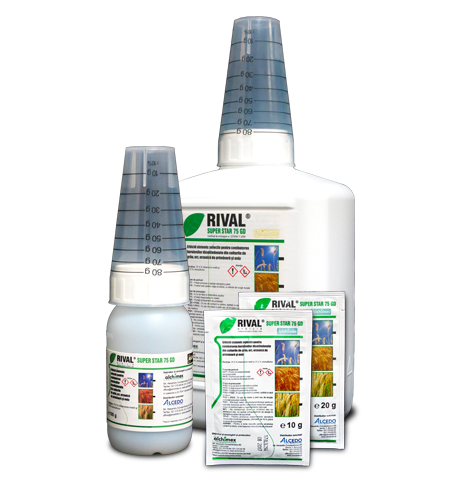 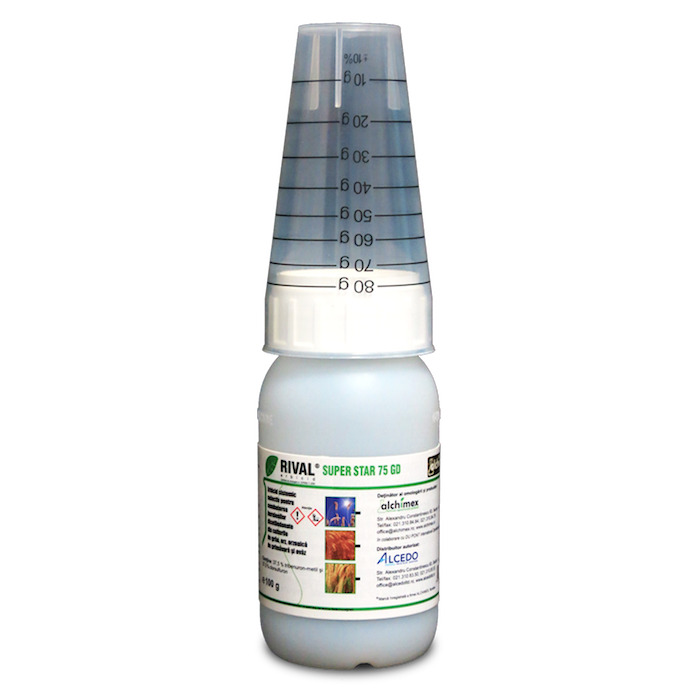 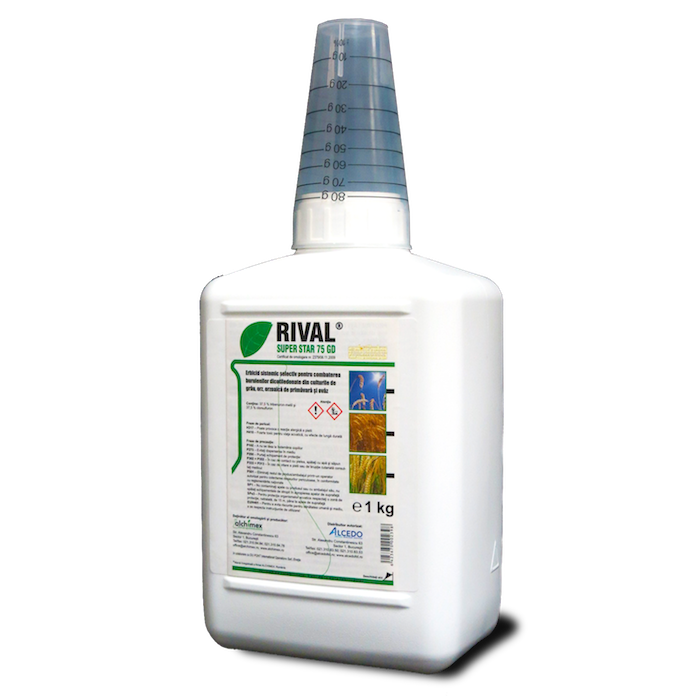 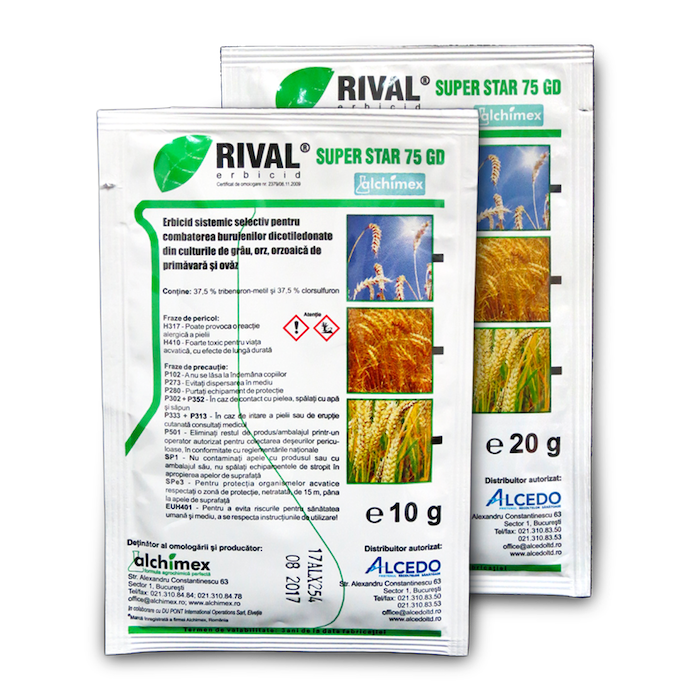 RIVAL® SUPER STAR 75 GD acts as a systemic herbicide, selective for cereal crops. After treatment, the active substance is absorbed through the leaves and roots, the dicotyledonous weeds being destroyed in 10-30 days, depending on the atmospheric and soil humidity, the ambient temperature, the sensitivity and stage of the growth of the weeds, as well as the the moment of treatment application. Maximum herbicidal efficacy is achieved under normal agrotechnical conditions when weeds are in the mass spring up and active growth phase. The remanance of herbicidal action in the soil, strongly influenced by soil reaction and humidity, requires consideration of recommendations to be given on crops that can be set up after cereal crops herbicidated with this product in order to avoid phytotoxic effects.